The Top 10 Best Super Bowl Commercials Of All Time 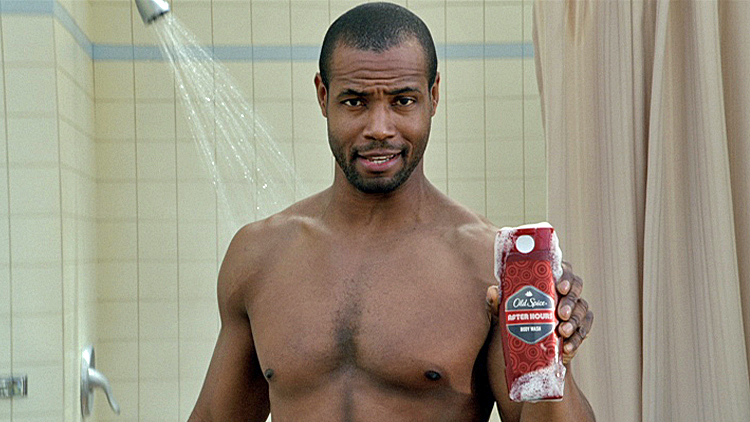 What does it take to become a legend?

Each year, as Game Day approaches, preparations are made, moves rehearsed, strategies reviewed and millions of dollars spent. All in the hopes of achieving Super Bowl history.

Companies spend months planning for their moment of glory, vying to create a commercial that is the big winner on Super Bowl Sunday. You know, the clip that everyone is reenacting at the office on Monday. The one that goes viral on YouTube and is talked about for years to come.

So what’s the exact recipe for the epic Super Bowl spot? The stuff dreams (and millions of dollars of sales) are made of?

We don’t know the exact ingredients – the perfect blend of celebrity, nostalgia, movie spoofs, little old ladies, sex and cute animals – but a look at these top ten might offer some insights.

2016 Super Bowl Advertisers – this list’s for you!

This Coca-Cola delivery man thought no one was watching when he grabbed a nice cold Pepsi out of the fridge. But the man’s moment of treason was caught on tape and played before the world over and over and over again, leaving him with a far bigger mess to clean up than just the Pepsi cans cascading across the grocery store floor.

Hall of famer “Mean” Joe Green first got his nickname when he played for North Texas State University. Green’s “killer instincts” and his ability to crush his opponents earned him the nickname – and a career as one of best defensive tackles of all time – but today he is perhaps best remembered for this 1979 classic Super Bowl commercial for Coke. Don’t remember this sentimental gem? Then what are you waiting for…

What do you get when you bring together two of the most talented (and loved) basketball players of all time, a big Mac and some friendly competition? An unforgettable Super Bowl commercial! Watch as Larry Bird and Michael Jordan duke it out for a Mcdonald’s lunch. The commercial itself is almost as awesome as Michael Jordan’s sweater.

We all have that one guy at work who we’d really like to take down. Come on, you know who I am talking about. In this fun 2003 Super Bowl commercial for Reebok, we got to sit back and smile as linebacker Terry Tate brought order to the office in his new job at Felcher and Sons. A tribute to the movie Office Space, the ad let us live out a few fantasies as we imagined what would happen if tackling became the new office protocol.

First time advertisers, Wix.com, hit the nail on the head with their debut Super Bowl commercial in 2015. Five former football greats set out to found their own small businesses with the help of a brand new website – and agent Rex Lee! Filled with humor, creativity and some of our all-time favorite NFL players, this commercial had all the makings of a legend. Way to set the bar high, Wix!

There’s nothing like watching little old ladies talk about beef and buns. The iconic Wendy’s ad brought the phrase “Where’s the beef?” into our national lexicon. Even today, you can still catch people using it to complain when they receive a less than scrumptious dish or a tiny portion. Impressively, the ad is as funny now as it was 20 years ago.

Old ladies getting tackled is funny, but even more hilarious is watching Betty White complain to a guy in his 20’s, “Come on man, you’ve been riding me all day.” Playing on the Snickers tagline, “You’re not you when you’re hungry,” see what happens when a young guy gets a little bit too hungry out on the field.

Ironic doesn’t even begin to describe this unforgettable 1984 Super Bowl commercial. Just as the introduction of the Macintosh computer ushered in a new era of household computers, this Apple ad changed the way that Super Bowl commercials were made. The one minute mini-movie was directed by Ridley Scott and promised that Apple’s new Macintosh would put an end to conformity and spark innovation and individuality. The epic commercial, a reference to George Orwell’s 1984, introduced the concept of the mini-movie to the Super Bowl ad world.

This 2011 Super Bowl ad is almost as famous Star Wars itself – and even more adorable. A tiny Darth Vader struggles to find the force. With the help of perseverance, a Volkswagen and a behind the scenes assist from dad, we all smile as a little boy’s dream comes true. With a new Star Wars movie out in December, can we expect to see this theme again in Super Bowl 2016?

And here it is – the best Super Bowl ad of all time. This Old Spice commercial has the perfect blend of ingredients and is truly a masterpiece. Sexy actor? Check. Brilliant writing? Check. Impressive film effects? Check. Humor? Check. Watch this clip over and over. It just keeps getting better.

When not traveling Zola writes about fashion, education, and non-profit and devotes her time helping local organizations with their marketing and sales processes.

Here is to another wonderful year! #TeamMarchMedia

“November is the time to be thankful, a time to

Everything we do in marketing is connected.

Another fantastic photo of Chicago | Photo by @dus

One of the most amazing entrepreneurs we’ve met

#Chicago | Photo by @mpthecomebackid what a fantas